Join the elite fashionistas in Paris with VIP tickets to Fashion Week 2023. See the latest fall and winter looks as they’re revealed in January. From Miami to Milan and New York to London, it’s a busy time for fashion lovers. The season kicks off with a star-studded spectacle in Paris, the birthplace of haute couture.

Take Your Place Alongside Silver Screen Sirens and Style Icons

Whether you call it Paris Fashion Week or Semaine de la Mode, this biannual extravaganza is a one-of-a-kind event. Fashion Week is an opportunity to discover Paris at its best. It’s like biting into a baguette topped with Bonne Maman, peeling a flaky layer from a fresh-baked croissant or savoring a pastel macaroon from Laduree—without the calories.

At VIP Concierge, we’re pleased to offer fashion lovers a once-in-a-lifetime opportunity to see the latest collections from Dior, Chanel, Chloe and other members of the Fédération as they’re revealed. This exquisite event determines trends for the coming season and beyond, and it’s the only fashion show where the spectators are as spectacular as the models.

Who’s Who at Paris Fashion Week

This season, take your place alongside the greatest of the greats in the world of fashion. Whether you gravitate toward the glamour of Givenchy or prefer the edgy elegance of Issey Miyake, you never know who you might see on the runway or in the front row. A French fashion show isn’t complete without an appearance from luminaries like Naomi Campbell, Kate Moss and Cindy Crawford.

This week-long extravaganza isn’t just for fashion insiders and elite models. It attracts oodles of celebrities. You might spot Kanye West, Pharrell Williams, Dave Chappelle or Justin Timberlake. They’ll be living it up alongside silver screen sirens like Margot Robbie, Alicia Vikander and Julianne Moore. Last February, Anna Wintour, Kim Kardashian and North West were all seated in the front row at the Jean Paul Gaultier show. If you had purchased VIP tickets from us, you could have been there too!

This winter, style icons like Jeanne Damas and Alexa Chung will be in Paris admiring the luxurious chiffon, textural knits and sumptuous silk. And so can you, thanks to our hard-working team back in Beverly Hills. We can even get you into the VIP fashion week parties that are even more exclusive and luxurious than the runway shows. This year, we’re offering Paris Fashion Week tickets by request. Prices start at $4,000 per person per show. The best part is that you just have to tell us which events you’d like to attend. With legendary fashion houses like Chanel, Dior and Louis Vuitton showing off their best work, you can’t go wrong.

Parisians live and breathe fashion every day, but during this special week, style fills the air. This year, show off your glamorous side and see the City of Lights at its most beautiful starting on January 17, 2023. Menswear is Tuesday, January 17th to Sunday, January 22nd, 2023.

Your best chance for tickets is if you reserve early!

To learn more or to reserve your place on the catwalk, call VIP Concierge today. This season, Paris is the place to see and be seen. We don’t offer fashion advice, but we can match you with VIP tickets to the best runway shows at Paris Fashion Week 2023. 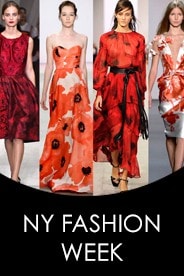